When someone mentions Hakka heritage, what comes to your mind? Perhaps it is the Hakka mountain folk songs, their famous UNESCO world heritage designated Hakka tulou architecture, or mouth-watering Hakka cuisine like steamed pork belly with preserved mustard greens. Hakka, which translates to “guest families” in English, represents an ancient community of traditionally nomadic people that have become widely dispersed around the world, including here in Richmond, BC.

PoPo (grandmother in Hakka language) Liminsang is a proud Hakka woman who was born and raised in one of the top scholarly families in Meixian, Meizhou, in 1926. Meizhou, located in the mountainous northeastern region of the province Guangdong, has one of China’s largest concentrations of Hakka people and is known as their “world capital.” Her father was a Harvard-trained English professor who taught in Singapore and in one of China’s top schools, Fudan University. PoPo had the opportunity to attend school until grade six, which was not common for female children at the time. During the postwar period of 1950s, PoPo married her husband and immigrated to Mauritius during the Communist Revolution. By the 1980s, she and her family had immigrated to Canada and has since settled in their family home in Richmond.

With close to 80% of its landscape comprising mountains and valleys and a humid subtropical climate, Meizhou is ideal for cultivating pomelos, tea plants, medicinal plants, rice, and tobacco plants. Now in her 90s, Popo Liminsang continues this deep agricultural tradition by tending to her backyard garden daily, which has a variety of Chinese vegetables, herbs, and fruits. Between growing vegetables, making traditional Hakka dishes, and spending time with her infant great grandchild, she has kept herself busy and productive throughout the pandemic. 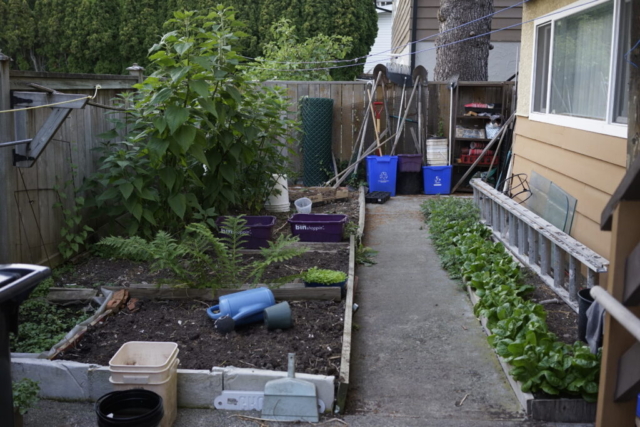 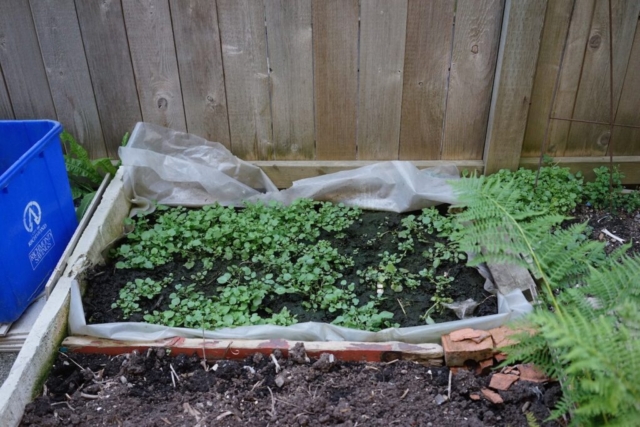 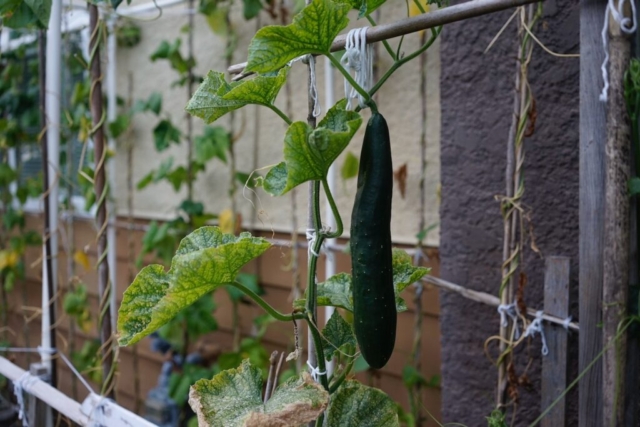 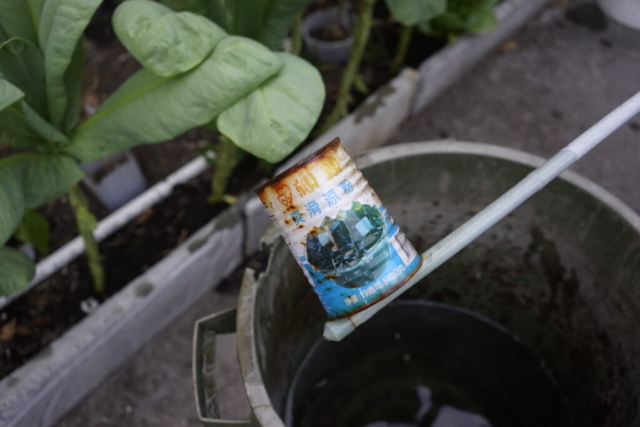 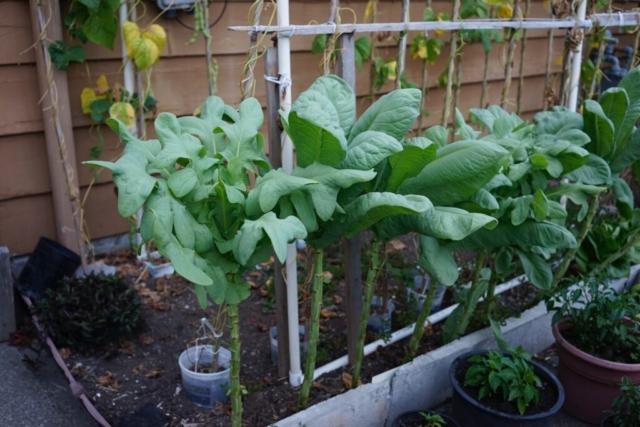 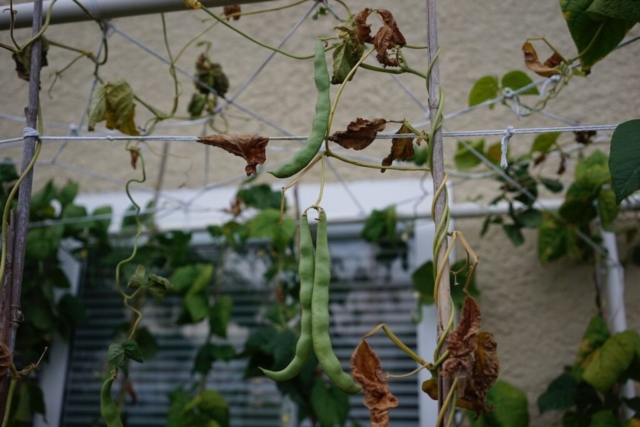 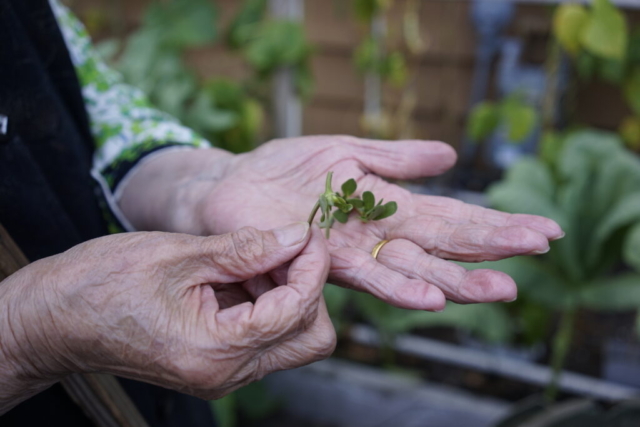 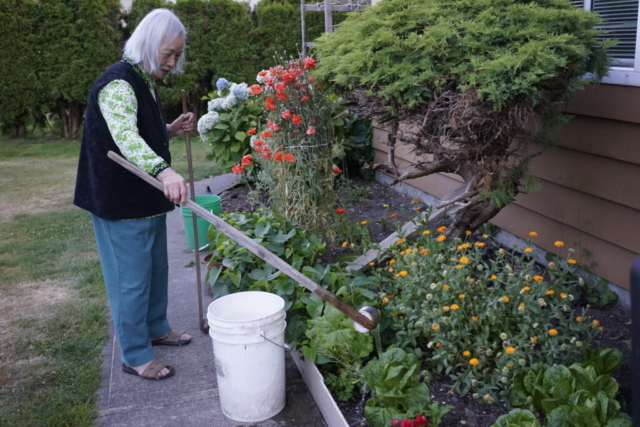 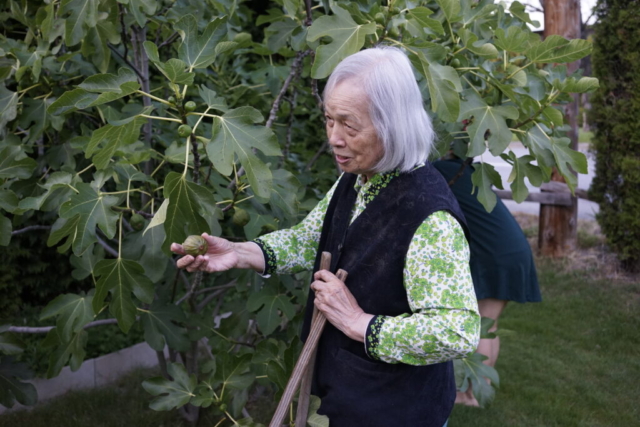 In the 1970s, there were less than 100 Hakka speakers in the entire Greater Vancouver Area. Although Richmond has a very visible Chinese community of Cantonese and Mandarin speakers, each with unique migration stories, there are also many other Chinese cultures here with their own distinct heritage, language, food, and customs. PoPo Liminsang loudly sings Hakka hill songs while harvesting vegetables from her garden, murmurs French nursery rhymes to her great grandchild, writes and recites Mandarin poetry for her family, and easily translates Meizhou vegetable names to Cantonese while grocery shopping. During the Summer of 2020, Popo invited Richmond Food Stories to her private garden for a tour and shared some of her favourite hill songs.